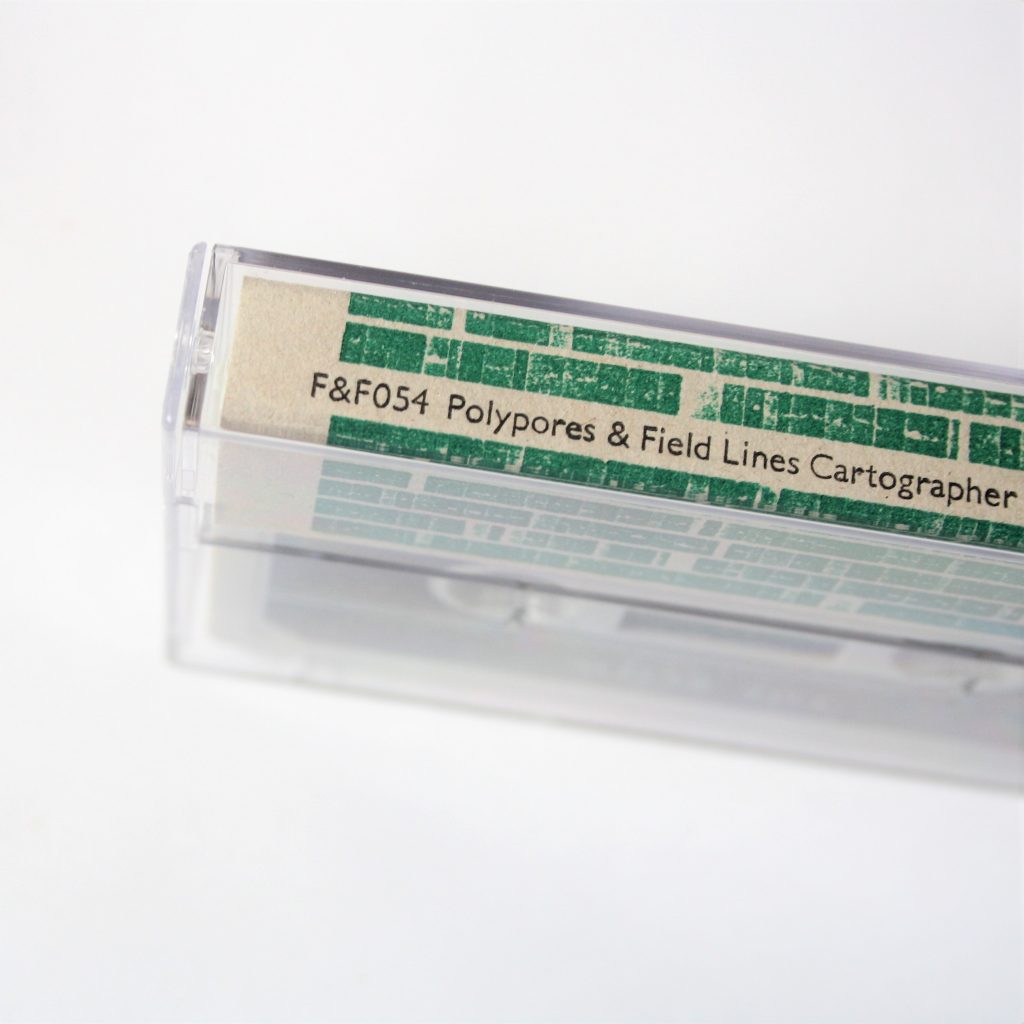 The Blow is back – we’ve sold out but you can grab a tape from Norman Records, Boomkat and lots of other places.

Front & Follow present the sixth in our series of split releases bringing together two of our favourite artists.  Volume 6 features Polypores and Field Lines Cartographer.

The artists have reported that the inspiration for this album initially drew from long conversations about alternate realities and altered states of consciousness.

“We’d both been reading books relating to this, and after a few weeks of book-swaps and numerous Youtube wormholes (some valid science, some pure conspiracy theory madness) we each started writing music with this in mind. The idea was to see what would happen if we both wrote from the same starting point, and came up with alternative interpretations of the same subject matter.”

Despite this album, neither Polypores nor The Cartographer are any the wiser as to what constitutes reality, or even if such a thing exists. Sorry.

‘The Blow’ project brings two artists together to formulate a collaborative release of their own making. Each artist has a side of audio to do whatever they want with. The two artists are encouraged to work together on the release, but the length and depth of this collaboration is completely up to them and agreed on a release-by-release basis – there are no set parameters, no fancy rules, no memorandum of understanding, no initiation ceremonies.

Each edition of The Blow comes on limited edition cassette with artwork by letterpress artist David Armes of Red Plate Press and download.